When looking for interesting information about coffee we found some interesting facts worthy of the Trivial Pursuit game!

Like did you know that Sanka was the first coffee brand to produce decaffeinated coffee? Or that there are coffee trees that naturally grow decaffeinated cherries? These “decaf trees” are very rare as caffeine usually acts as a coffee tree’s natural defense against bugs. I wonder if a coffee rub could keep away mosquitoes this summer?

Here are some other fun coffee trivia you may find interesting for yourself or to quiz your guests during dessert at your next dinner party.

About the Coffee Bean

Coffee is not actually a bean at all. It grows on trees that produce cherries. Inside those coffee cherries are the seeds – usually 2 pods pressed against each other. On rare occasions there is a single pod which has come to be known as a Peaberry which is a highly sought after coffee “bean” for its rarity and unique flavor.

Coffee is the Most Popular Drink in the World

Second only to water, coffee is the most popular drink in the world. Brazil is the top coffee exporter. But did you know that Vietnam is the second highest coffee exporter in the world? Vietnam exports more than twice the amount of coffee as Indonesia, which comes in third place. And Ethiopia (where coffee originated) is way down in 7th place!

Asia is traditionally known for its tea trade but did you know that the Asia also sells the most sought after and expensive coffee in the world? Kopi Luwan, Kapai Api, Kapai Susu and Kapai Mocha are produced from the beans excreted from the Asian palm civet and can fetch over $150 per pound!

Americans are the Top Coffee Consumers

Although statistically the top consumers of coffee, the US actually doesn’t even make the top 10 of daily coffee drinkers worldwide! United States is the top importer of coffee in the world. With a population of over 317 million people, that seems realistic, but the Netherlands, with a population of only 16.8 million people, drinks more than double the amount of coffee per day than the average American, and have made the coffee break a legal requirement of employment!

Coffee Can Be GOOD for Every Age!

No studies have definitively proven that coffee is bad for children or that it stunts their growth. Scientists have proven that coffee can be addictive, it can cause insomnia and increased anxiety, but there are also studies that have shown an improvement in children suffering from ADHD! I wouldn’t start my child on a coffee diet, but as with everything, moderation is everything.

The fact is coffee has been proven to have definite health and cognitive benefits:

There you have it – some coffee trivia to test just how well your friends and family know about your favorite drink! 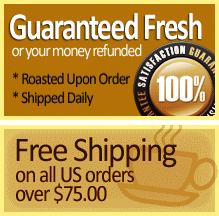